“I’m, sure everyone will love this. The guy is a picker”-Eric Gales

From sweet blues to gritty, stomping, blues-rocking beats, and now having seven nominations in the prestigious Independent Blues Awards in the USA, a Western Australian Music Award win and three back-to-back Number One Australian Blues albums, this is an artist you do not want to miss.  The Matty T Wall band returns to the stage more motivated and addictively electric than ever with two killer rhythm legends of the scene, Ric Whittle on drums and Leigh Miller on bass guitar.

This is in no small part due to the worldwide acclaim that was brought upon Transpacific Blues Vol. 1, the collaborative album that saw Wall duetting with blues guitar greats such as Kid Ramos, Walter Trout, Eric Gales, Kirk Fletcher and fellow West Australian, Dave Hole. The album was released internationally via Memphis label Select-O-Hits and by Only Blues Music in Australia.

Transpacific Blues Vol. 1 was met with rave reviews around the world, hitting the Living Blues chart in the US and making the grade in none other than Joe Bonamassa’s ‘Cutting Edge Blues – Best Of 2019’ Spotify playlist. The great man of blues guitar handpicked Wall’s run through Hi Heel Sneakers with Eric Gales. For Wall, it’s a great shot in the arm.

“I wanted my fans to know that I love the blues and this is me playing the blues, so they know where my roots are and what I want to play,” he explains. “I mostly play my originals, but I always throw in blues covers at a gig. People see that at live gigs but I wanted to share that with fans around the world who don’t get to see gigs.

Another great achievement was when he was invited to support Walter Trout in Sydney and Melbourne then joining his band onstage at Bluesfest.  Unfortunately, COVID-19 put a stop to that, but it was an amazing offer.

“It’s just nuts, the way life works like that. I’ve put in a lot of hard work to get to that point, but it’s almost like, ‘okay, what do I do next?’. Do I speed up? Do I slow down? Do I pace myself? There’s a whole lot of questions that I’m asking myself about moving ahead.”

“This year for me is all about having fun,” he concludes, “that’s what I want to do. Whatever that means is how it’ll come out and I’ll enjoy that ride.”

The blues is music that traveled on trains and steamboats from the Mississippi Delta to the neon streets of Memphis, Chicago and St. Louis. For MattyTWall  – a guitarist, vocalist, songwriter and bandleader – it is the supernatural sound that crossed the ocean to Perth, Australia to ignite his imagination and give power to his art.

Matty recalls that as a young musician, the bone crushing metal of Metallica, Pantera and Sepultura was his first love, and his devotion to the genre came into full bloom when he discovered AC/DC. As his tastes evolved, he studied jazz, Gypsy jazz and flamenco — all nuances that can be detected in his sound.

But it was his connection to the blues that formed the most substantial bond – from his father’s collection of Clapton, Hendrix and Zeppelin to the originators and to the torch bearers: Buddy Guy, Albert Collins and Junior Wells. “Blues has to be honest and totally direct in delivery,” Matty says. “It has to cut straight to the heart of emotion. Because of this, you can’t get too clever with lyrics or too tricky and technical with the music. Blues keeps me grounded with my writing, otherwise, all of those other influences could very easily take over.”

Indeed, with his newest releases, all of the sides of Matty T Wall are in full frame. A young man with a reverent link to his lineage and a vital musical vision for the future: Matty T Wall turns it all the way up.

While the music that Matty plays has roots in the past, he is a very much an artist in the present. Through his reverence for historic musical forms, he is not emulating, but redefining these sounds, as he introduces classic genres to new listeners and invests them with his own trademark. 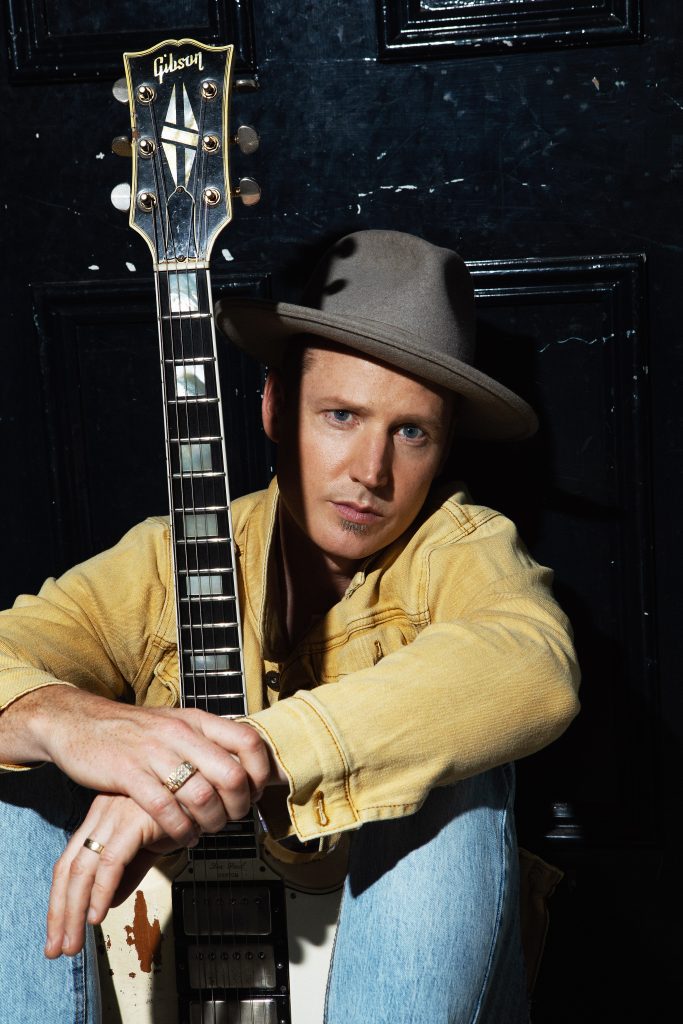 “Matty T Wall, an extraordinary blues-rock guitar player, singer, songwriter. Echoes & elements of rock from the 60’s, but Wall’s voice hurls it into the 21stcentury, his dazzling guitar licks and solos not of this world. Wall is entitled to a little swagger—he has the chops to pull it off. Extraordinary guitar player. Jazz flavors, soul. Gritty blues-rock, rock & roll, with outstanding musicianship.” -Martine Ehrenclou, Rock and Blues Muse, Los Angeles USA, Sept 2018

“infectious exuberance for, and an extraordinary  command of, his instrument… the prodigiously talented Australian singer, songwriter and  guitarist takes the listener on a 12-song musical journey that runs  through an impressive array of sounds and styles…. Matty T. Wall Turns In a Six-String Gem” – Guitar World Magazine, International (July 18, 2018)

“Aptly titled[Sidewinder] by the young ax-weilder, the track is no more and no less than a warning for those who might try and stand in Wall’s way. Guitar fans:  Stick around for the solo at 2:55. No seriously…stick around…One last shameless plug:  Let’s support this kid and bring him to the states so he can make some noise over here! WHOSE LOVECHILD…?
MichaelHutchence meets GaryClarkJr…
OR,
Van Halen meets Chuck Berry…” – TheArkOfMusic (Jul 2018)

“The bones of Sidewinder are pure electric blues, and the duo of “Shake It” and “Going Down” pretty much sum up why critics – including myself – are calling Wall the Eric Clapton of his generation. I haven’t heard another guitarist with as much relaxed composure in the studio in years, maybe even decades, as Matty T Wall displays in this record, and that’s a big part of the reason why I think rock music has been suffering so much in the 2010s. Even in slower songs like “Ain’t That the Truth,” it’s Wall’s guitar that steals away the spotlight from everything and everyone else in the track.” – Loren Sperry, MusicExistence USA

“Matty T Wall is playing the types of music he loves while simultaneously being creative with such a familiar bunch of genres. It’s all pretty fresh sounding stuff; in that it doesn’t really sound like anything I’ve heard at least in the past couple of years, but you can still clearly hear where Wall is pulling inspirations from. He’s making some really cool music and I can only hope he will get some more exposure across the pond, in the world’s biggest Blues and Blues-Rock loving nation; the U.S.A.” – BluesRockReview (Jul 16, 2018)

” Australian-born guitarist Matty T. Wall proves the blues is alive and well Down Under….Infectious chops and a swagger that’s soulful enough to rival that of any blues-fueled, American shredder…an album that’s bound to leave a big smile on your face.”  – Guitar World Magazine, International (May 10, 2016) 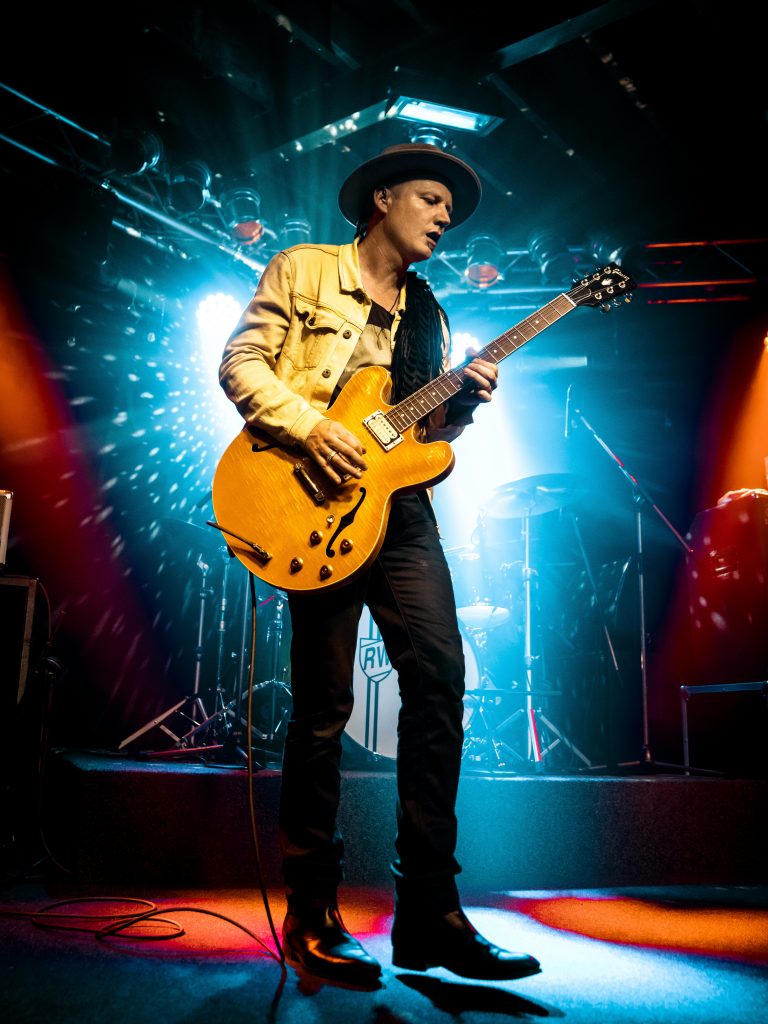 Guest columnist in one of the biggest European Blues Magazines, Blues Matters (2019)

Charted on the Netherlands Top 100 Pop charts with 5 separate singles.